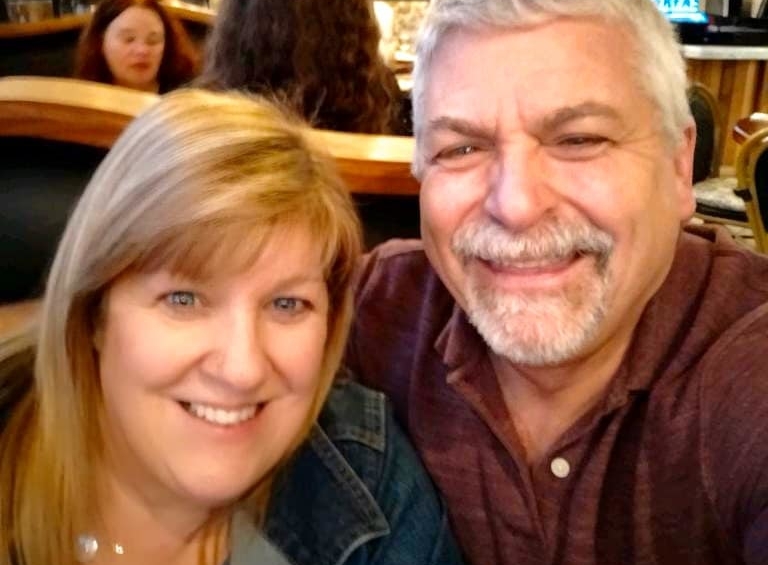 The Spirit of the Lord has given me three very specific subjects for this time to release and focus our prayers and declarations upon. I'll call them the "Three 'R's."

I spent almost two months meditating on the story of Gideon's army. This began when the Lord spoke to me saying, "It's time for My remnant army to arise." I was immediately shown Gideon's army of 300 men going out against the mass (uncountable) number of Midianites.

As you know from the story, Gideon had his men light torches of blazing fire and put them in clay jars. They went to the edge of the enemy's camp late at night and at Gideon's signal, the clay jars were broken to reveal the "blazing fire." This was accompanied by the blowing of the rams horns and a shout declaring, "For Yahweh and for Gideon!"

From the first time that the Lord spoke the words, "It's time for My remnant army to arise," I would see the scene of Gideon's army breaking the clay jars to reveal the blazing fire (torches) play again and again in my mind. I would hear the "breaking of the jars" like an echo from long ago, reverberating off the obstacles we face today.

The words "blazing fire" were before my spiritual eyes daily. I knew that there was more that the Spirit wanted to show me but didn't know what it was. Then one day recently, I was in Washington DC praying and I heard the words from Revelation 19:12 that say, "His eyes are like blazing fire, and on His head are many crowns. He has a name written on Him that no one knows but He Himself."

Immediately I knew, by the spirit of revelation, that the blazing fire that is about to be revealed before the enemy armies of today are "His eyes of blazing fire." And we are the broken clay jars that will reveal them.

"We now have this light shining in our hearts, but we ourselves are like fragile clay jars containing this great treasure. This makes it clear that our great power is from God, not from ourselves." (2 Corinthians 4:7) 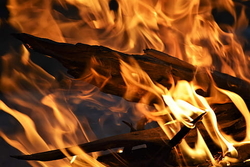 God will REVEAL His eyes of blazing fire through the broken clay vessels of His remnant army—causing great fear and confusion in the enemy's camp. (Photo via Piqsels)

There was another time where His eyes defeated a great army. It was when He looked out of the pillar of fire upon the army of Pharaoh and created a confusion that ultimately destroyed them.

"But just before dawn the LORD looked down on the Egyptian army from the pillar of fire and cloud, and He threw their forces into total confusion." (Exodus 14:24)

The second "R" is the roar of the Lion of Judah.

After Gideon's army broke the clay jars to reveal the blazing torches, they let out a shout and blew the rams horns. Each time this story would replay in my mind and spirit I would hear the great roar of the Lion of Judah accompanied by His remnant army. It was a great sound that struck terror into the enemy's army. It even crumbled the demonic obstacles that I had heard the sound echoing off of.

The sound of His roar and our shout will shatter the walls—just like the shout that brought the walls of Jericho down—giving the victory to God's people.

"The lion has roared; who will not fear? The Lord God has spoken; who can but prophesy?" (Amos 3:8)

I hear great roars coming from throughout the earth. It is the sound of His people in many nations joining in with the roar of the Lion of Judah. This is the sound that strikes terror and shatters fortified walls.

The third "R" is "Ruach" which is the Hebrew word for "breath of God."

As I have spoken of in previous articles, "The Battle is over the BREATH!" We know that COVID-19 causes symptoms that make it hard to breath (or even take the breath away completely). We know that the last words from George Floyd's mouth were, "I can't breathe." And we know that the use of masks is making it hard for many to breathe (reducing oxygen flow). The world is terrified of other's breath (due to the virus) and terrified of not having breath.

Why? All of this attack on the breath is because the enemy knows that the RUACH is about to come upon the dry bones! 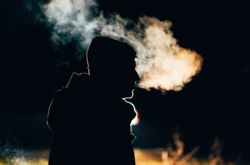 The enemy knows that an army is arising! The "Ruach" (breath of God) has been bringing the dry bones together in oneness. This is the answer to Jesus' last prayer before going to the Cross in John 17:20-23:

"My prayer is not for them alone. I pray also for those who will believe in Me through their message, that all of them may be one, Father, just as You are in Me and I am in You. May they also be in Us so that the world may believe that You have sent Me. I have given them the glory that You gave Me, that they may be one as We are one—I in them and You in Me—so that they may be brought to complete unity. Then the world will know that You sent Me and have loved them even as You have loved Me." (Photo via Unsplash)

The bones are coming together as ONE! One man, one great army, that is one with Christ! It is the breath of God that comes upon the dry bones to restore life! This is why the battle over the breath is so fierce; it is what the enemy fears the most!

Do not hold back your breath! Prophesy—for we all can prophesy His Word and His truth! Prophesy the revelation of His eyes, the sound of His roar and the "Ruach" in your homes, your churches, in the streets of your city, over governments, nations and over the earth!

May His eyes of blazing fire look upon the enemy armies bringing terror and confusion; may His roar be sounded like a shofar that breaks the walls down and strikes terror and confusion; and may His "Ruach" come like a mighty wind that blows away the darkness and breathes life into the dry bones!

Jeffrey and Kathi Pelton live in Fredericksburg, Virginia. Jeffrey is a writer, teacher and book editor. Kathi is an author and prophetic voice to the Church. They walk with nations and individuals to see God's original intent fulfilled. Their ministry, Inscribe Ministries, was founded upon the verse from Habakkuk 2:2 that says, "Then the LORD answered me and said: 'Write the vision and make it plain on tablets, that he may run who reads it.'"