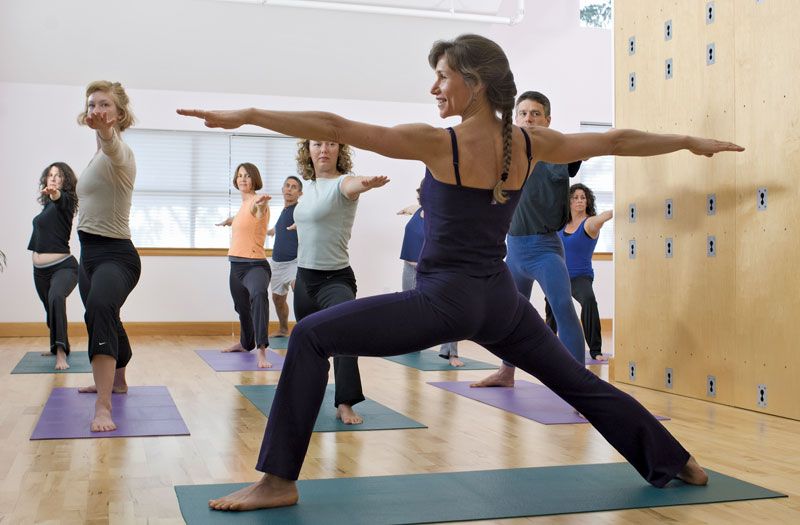 Yoga, (Sanskrit: “Yoking” or “Union”) one of the six systems (darshans) of Indian philosophy. Its influence has been widespread among many other schools of Indian thought. Its basic text is the Yoga-sutras by Patanjali (c. 2nd century bce or 5th century ce).

The practical aspects of Yoga play a more important part than does its intellectual content, which is largely based on the philosophy of Samkhya, with the exception that Yoga assumes the existence of God, who is the model for the aspirant who seeks spiritual release. Yoga holds with Samkhya that the achievement of spiritual liberation (moksha) occurs when the spirit (purusha) is freed from the bondage of matter (prakriti) that has resulted from ignorance and illusion. The Samkhya view of the evolution of the world through identifiable stages leads Yoga to attempt to reverse this order, as it were, so that a person can increasingly dephenomenalize the self until it reenters its original state of purity and consciousness. An aspirant who has learned to control and suppress the obscuring activities of the mind and has succeeded in ending attachment to material objects will be able to enter samadhi—i.e., a state of deep concentration that results in a blissful ecstatic union with the ultimate reality.

Generally, the Yoga process is described in eight stages (ashtanga-yoga, “eight-membered Yoga”). The first two stages are ethical preparations. They are yama (“restraint”), which denotes abstinence from injury (see ahimsa), falsehood, stealing, lust, and avarice; and niyama (“discipline”), which denotes cleanliness of body, contentment, austerity, study, and devotion to God.

The next two stages are physical preparations. Asana (“seat”), a series of exercises in physical posture, is intended to condition the aspirant’s body and make it supple, flexible, and healthy. Mastery of the asanas is reckoned by one’s ability to hold one of the prescribed postures for an extended period of time without involuntary movement or physical distractions. Pranayama (“breath control”) is a series of exercises intended to stabilize the rhythm of breathing in order to encourage complete respiratory relaxation.

Whereas the first five stages are external aids to Yoga, the remaining three are purely mental or internal aids. Dharana (“holding on”) is the ability to hold and confine awareness of externals to one object for a long period of time (a common exercise is fixing the mind on an object of meditation, such as the tip of the nose or an image of the deity). Dhyana (“concentrated meditation”) is the uninterrupted contemplation of the object of meditation, beyond any memory of ego. Samadhi (“total self-collectedness”) is the final stage and is a precondition of attaining release from samsara, or the cycle of rebirth. In this stage the meditator perceives or experiences the object of his meditation and himself as one.

The prehistory of Yoga is not clear. The early Vedic texts speak of ecstatics, who may well have been predecessors of the later yogis (followers of Yoga). Although Yoga has been made into a separate school, its influence and many of its practices have been felt in other schools.

In the course of time, certain stages of Yoga became ends in themselves—notably, the breathing exercises and sitting postures, as in the Yoga school of Hatha Yoga. Patanjali’s Yoga is sometimes known as Raja (“Royal”) Yoga, to distinguish it from the other schools.

Yoga, in a less technical sense of achieving union with God, is also used, as in the Bhagavadgita, to distinguish the alternate paths (margas) to such a union.

Beginning in the early 20th century, the philosophy and practice of Yoga became increasingly popular in the West. The first important organization for practitioners in the United States was the Self-Realization Fellowship, founded by Paramahansa Yogananda in 1920. Within 50 years, instruction emphasizing both the physical and spiritual benefits of Yogic techniques was available through a wide variety of sectarian Yoga organizations, nonsectarian classes, and television programs in the United States and Europe.

This article was most recently revised and updated byMatt Stefon, Assistant Editor.

History at your fingertips

Sign up here to see what happened On This Day, every day in your inbox!

By signing up, you agree to our Privacy Notice.