An opportunity of a lifetime 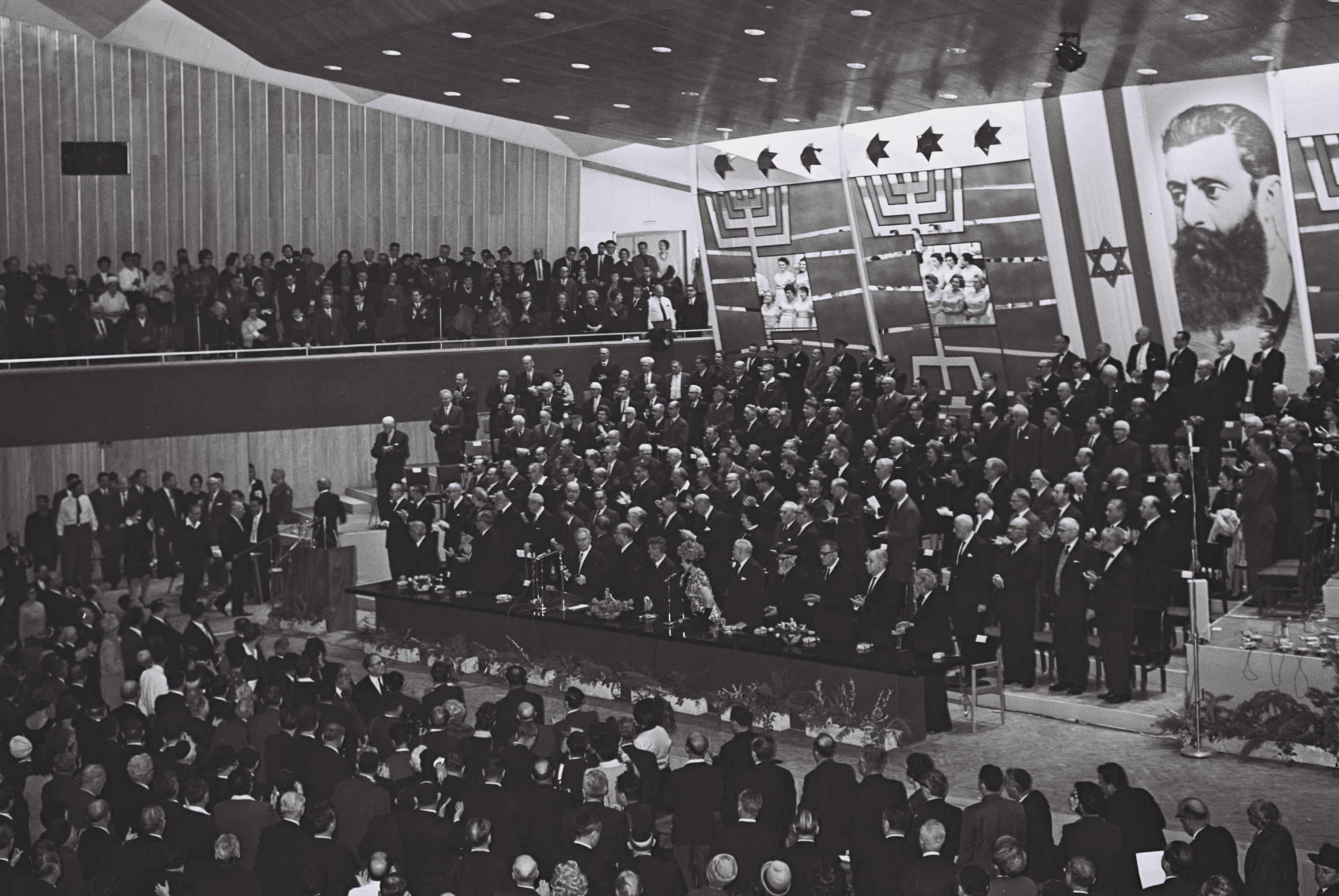 (October 27, 2020 / JNS) This year, I had the honor and privilege of participating in the 38th World Zionist Congress (WZC) as a delegate for the Eretz HaKodesh slate. Our slate, the “new kid on the block,” upended expectations when it was able to garner a total of 25 delegates on its very first run, with only partial communal participation.

A love for Israel was an integral part of my upbringing. My parents made aliyah in 1992 from Queens, New York. My maternal grandparents followed suit in 1994. Every delegate on our slate is not only proud of his or her Judaism, but believes that Israel is our eternal homeland with a united Jerusalem as its capital. I think it’s safe to say that they all also believe in Jewish sovereignty in every part of our historic homeland and in Jewish unity across the globe.

The Jewish people have always been rather prolific in our composition. We are referred to in the Torah as a “stiff-necked people.” Stubbornness with a little dose of chutzpah is our genetic forte. For that reason, we should all welcome diversity.

The addition of Eretz HaKodesh offers an unprecedented opportunity for increased mutual exposure and communication, and better outcomes for the greater Jewish community, now and for future generations. But this does not mean that we should compromise on our beliefs. On the contrary, the more we believe in different things, the more we communicate and the better we will have an understanding of each other.

This will lead to a reality in which we can propagate our beliefs, while rarely compromising, if at all, on our convictions and positions. The key is that we learn to respect each other and realize that we are one nation with one destiny.

This is why I joined Eretz HaKodesh and came as a delegate to the WZC—not only to secure the interests of the greater Jewish community, but to engage with Jews whose ideas differ from my own; not only to expose them to ideas and perspectives that I represent as an individual and as a representative of Eretz HaKodesh, but to learn and acquire a better understanding of the other side, as well.

So far, it’s been a few days into this new experience, which has been not only positive but enriching—one that will remain e a part of who I am moving forward.

But the reward is far greater than personal growth and enrichment. The slate’s having come on the scene has created new opportunities for all stakeholders in the WZC. Negative spin aside, Eretz HaKodesh as the “new kid on the block” has exposed the challenges that we face as a greater Jewish community. It showcases how divided we are as a people, and how little understanding we have of each other. It exposes that there are needs and desires for all our various factions within the congress, and that we will have to learn how to accommodate all of them and emerge better than before.

Eretz HaKodesh is here to make a positive impact. We are going to engage; we are going to dial up the discussions; and we are going to challenge the previous preconceived notions in a sophisticated and eloquent way. We hope that our actions will lead to a new reality shaping our future for generations to come.

After a thoughtful and meaningful conversation with several young delegates on a Zoom session arranged by the American Zionist Movement (AZM), I felt even more fortunate to be a part of something of such historic significance. I was filled with pride to be a member of such a great people.

I also experienced a surge of optimism about our future because at the end of the day, while the adults were in another room, deep in heated debate over coalition agreements, the younger generation—our future leaders—were sitting around and just listening to each other.

We listened, opened our minds and in a respectful manner conversed with each other to gain a better understanding of where we can find common ground for our future. Those conversations continued on WhatsApp, where ideas were challenged and real dialogue was taking place.

For me, this made it the most worthwhile accomplishment of the Eretz HaKodesh slate in particular and the WZC in general. If this is what we can bring to the table, then the future is bright indeed.