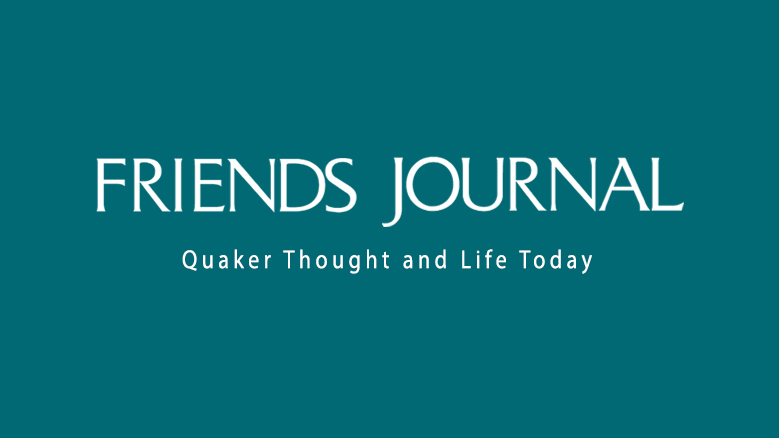 Quaker women’s retreats can be fertile ground for new insights, friendships, and spiritual inspiration. However, the real reasons that I had for going to the October 2001 Colorado Regional women’s retreat in the Rocky Mountains were to get a break from routine and to make music with some other amateur music enthusiasts. Getting away from the telephone and from routine tasks was another enticing incentive. I was not disappointed in any of those goals. Finding spiritual inspiration was extra: something I had hoped for, but I can never predict or control when such a serendipitous gift is given to me.

Each women’s retreat has a theme, announced ahead of time, that provides a focus for workshops, discussions, and worship sharing. This particular retreat chose to explore the theme of creativity in our lives. A good topic! But then again, so are most of the topics chosen for reflection and sharing. It seems to me that the theme chosen for a Quaker retreat provides a doorway through which we enter into a deeper level of awareness and enlightenment. Almost any meaningful doorway can provide such an opening. To my surprise, the topic of creativity carried me further than I had expected.

I was one of six or seven women in a worship sharing group that met in one of the older cabins of the retreat facility. The cabin had the look and feel of a summer camp in the 1950s: log construction, bunk beds, and a slightly tipsy, uneven floor. We sat in a circle on wooden chairs while our convener read some queries, sowing seeds for reflection: "How do I use my creativity to access my spirituality? How do creative endeavors open me beyond myself? Is one’s creativity always present?" We listened to these questions, and then launched into Quaker silence.

Five minutes or so into the silence, the noisy, old-fashioned cabin furnace kicked on, to ward off the autumn chill. With my eyes closed, I heard the sudden, unmistakable whoosh of machinery and forced air, and shortly thereafter I felt warmth in the room. It came to me that this is exactly how the creative process works. It kicks on and blows through you, warming you up behaviorally, spiritually, and emotionally. In some ways, creativity has a life of its own. You might feel cold and stagnant for some time, wishing for a refreshing, creative urge or sense of direction. When your "temperature" is low enough, eventually inspiration of some kind returns, like a warm wind. If you are willing and paying attention, the inspiration can carry you to some new place or new state of being. There is a Hebrew phrase from the Old Testament: ruach elohim, which means "breath of God." The sudden, dramatic surge of the furnace in the cabin called my attention to the notion of sacred, creative breath.

Later, a woman to my left spoke of her fear of "going with" her creative urges. What if she made a mistake, or looked foolish? And, in any case, she didn’t really trust herself to be creative. Her comments highlighted the relationship between creativity and trust. I am talking about a kind of trust that is related to, but not the same as, simple self-confidence. To be creative, you have to leave the familiar and go out on a limb in some way. The limb can be thick or thin, but a limb nevertheless. As I considered the risks of being creative, another "ch" word jumped into awareness out of my limited Jewish vocabulary: "chutzpah." This is a Yiddish word that essentially means outrageous nerve. Does it take chutzpah to be creative? To a point, it does. In the worship-sharing circle at the women’s retreat, I found myself remembering an art exhibit I had seen at the Whitney Museum in New York City some years ago. An artist had actually hung old toilet seats on the gallery walls, and called it art. As far as I was concerned, that was chutzpah, with very little ruach! But perhaps some other people saw it differently.

To create means to bring something into existence. Taking action to bring about something new or unique requires some measure of courage, of trust, if not some chutzpah as well. In our worship-sharing group, it became clear that creativity isn’t just about art or music, it’s about using your particular gifts, whatever they are. One woman who is a chaplain has her own unique way of providing safety and comfort for grieving people. Despite her relative youth, she has a demeanor that is quiet, steady, and accepting, even in the face of tragedy and loss. Another participant, a physical therapist, began to realize that the way she uses exercises with particular individuals reflects a creative awareness of what combinations will be useful and healing. None of us are creating something completely new; we are recombining and reconfiguring things already known to us. Words, flowers, food, musical notes, pieces of wood, physical movement, chemicals—you name it! We are gifted with abundant raw material to create something congruent with who we are. To create something also requires the belief that our creation is worth the time and effort.

The third realization I had during worship sharing is that although I’ve been agnostic for most of my life, I believe fully in the creative process at work in the world. Maybe that’s another way of believing in God, who after all, is called the Creator. Ruach elohim, the breath of God, is the force in Genesis that created heaven and Earth. If people are willing to open themselves to creativity and pay attention, with faith and love, eventually good things will flow to them and through them. This often includes working hard to make positive things happen. Unfortunately, this optimism doesn’t necessarily apply on an individual basis. Many fine people are born in the wrong place at the wrong time, and live lives of suffering and limitation. Not fair! But in the larger scheme of things, a scheme greater than our individual experience, there is an indestructible human spirit that rises up and tries to create positive change in small and large ways. Our women’s retreat was a small reflection of that kind of creative spirit.