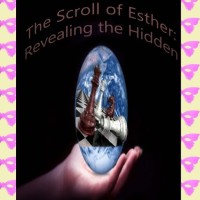 27. The Yehudim established and accepted on themselves and on their seed and on all who join them, and not to pass over the being of having done these two days as their writing and as their times each and every year.

4. And Esther said, “If it is good for the king, the king and Haman should come today to the drinking party that I made for him.”

The Talmud (Megillah 15b) has a total of twelve reasons for Esther to have invited Haman to the feast:

a) R’ Eliezer says she was laying traps for him, as it says in Tehillim (69:23), “their tables will be their own traps.” In other words, Haman’s presence may give him the opportunity to say or do something he shouldn’t, giving the king prerogative to have his head.

b) R’ Yehoshua says Esther learned this from the house of her father1: Mishlei (25:22) teaches, “if your enemy is hungry, feed him bread.” In other words, one method of taking on one’s enemy is by surrendering some non-essential concession to him, thereby ultimately taking control of the situation when the opportunity strikes.

c) R’ Meir says Esther did this so that Haman would not take good advice, and rebel. In other words, Esther was hoping that her invitation’s stroking Haman’s ego would encourage him to rebel.

d) R’ Yehuda says Esther invited Haman so that he would not suspect that she is a Jewess.

e) Similarly, R’ Nechemia says Esther invited Haman in order for the Jews to not become complacent from their prayers and repentance by comforting themselves that they have a “sister” in the palace who can save them from this genocide.

f) R’ Yose says Esther invited Haman so that he would be available to her at all times. In other words, she wanted her “enemies close” to be able to manipulate his behavior to the benefit of her people.

g) R’ Shimon ben Menasya says Esther invited Haman thinking that, perhaps, H-Shem will become “emotional,” either through mercy or anger, and create a miracle to rescue the Jewish people.

h) R’ Yehoshua ben Karcha says Esther invited Haman in order to smile at him, evoking the king’s jealousy, leading him to execute both Haman and Esther. She was thus willing to sacrifice herself for her people.

i) Rabban Gamliel says Esther invited Haman because Achashverosh was fickle, and prone to inconsistent behavior. If the king gets the opportunity to spend more time with Haman, the statistical chances of him changing his positive opinion of him grow exponentially. Furthermore, had Haman not been at the feast when Esther convinced Achashverosh to kill Haman, his fickleness may lead him to change his mind by the time Haman is found.

j) R’ Gamliel says that all of these answers may explain why Esther invited Haman, but we still require the answer of the R’ Eliezer the Moda’ai to explain why Esther invited only Haman, and not the other advisers. He says she intended to make the rest of the court jealous, since Haman was invited to the meal, whereas they were overlooked. Class participant CRL suggested that having the other advisers attend would require the presence of Mordechai, who should have been celebrating the Pesach seder at the time.

l) Abayey and Rava both say Esther’s intent can be seen in the verse “in their heat, I prepare their meal” (Yirmiya 51:39). This verse refers to the drunken death of Balshatzar, and Esther hoped this drunken revelry, too, would kill both Haman and Achashverosh. Incidentally, the Rokeach points out that the gematria of the above word for “in their heat” (bichumam) (2+8+6+40+40=96) is equal to Haman (5+40+50=95) with its kollel.

m) When Rabba son of Avuha met with Eliyahu HaNavi, he asked him which of these opinions is correct regarding Esther’s intent. Eliyahu HaNavi answered that they are all correct.

1Rashi points out that, not actually growing up in her father’s house, Esther must have overheard this teaching from Mordechai’s conversations with his students.