Body and Soul | My Jewish Learning 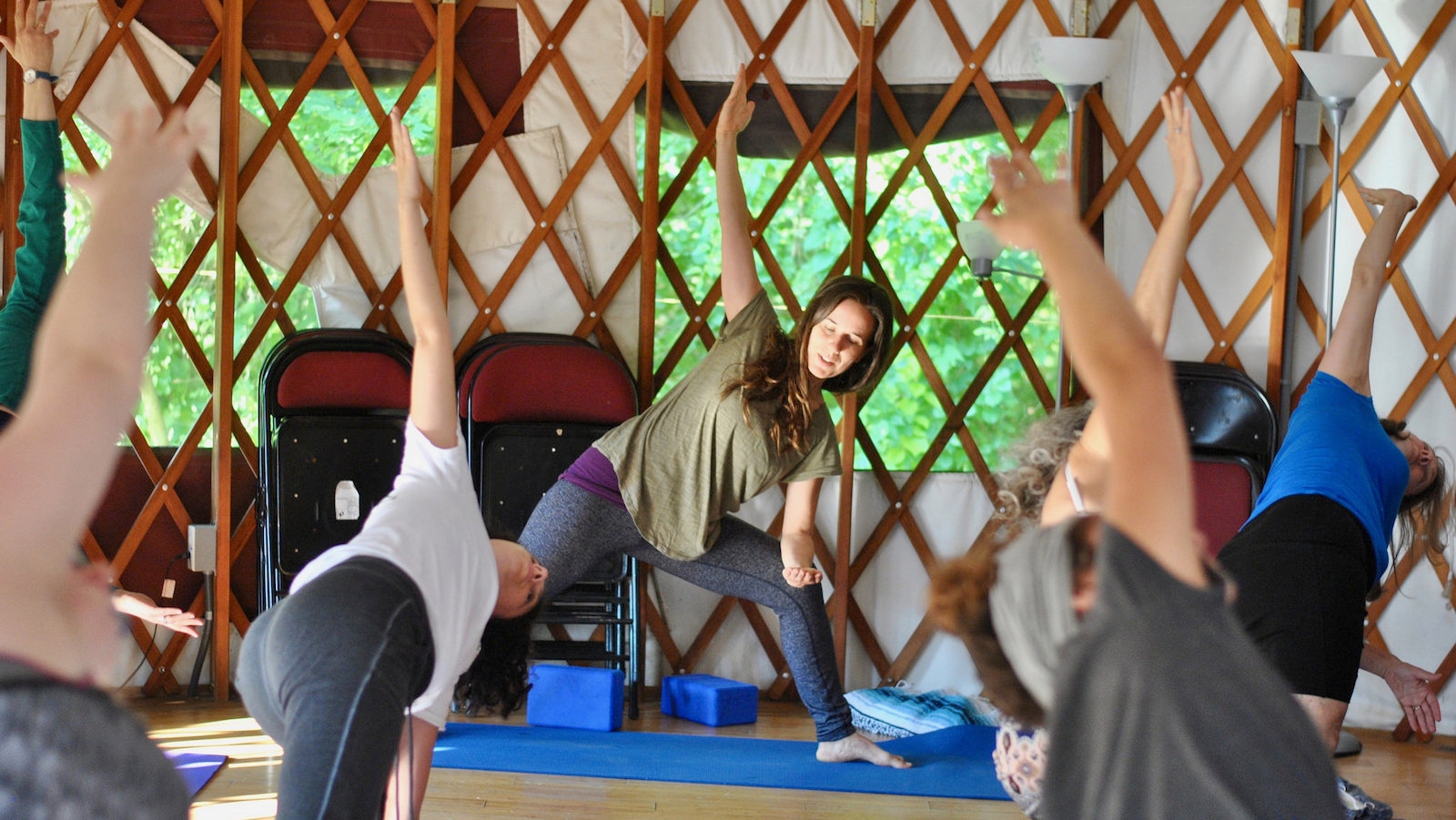 Judaism teaches that the body and soul are separate yet indivisible partners in human life. Rather than imprisoning or corrupting the soul, the body is a God-given tool for doing sacred work in the world. It requires protection, care, and respect, because it is holy.

In the Creation story, we read of God blowing a “breath of life” into the man of earth and dust (Genesis 2:7). The word used here, neshamah, is a form of the Hebrew root indicating breath. Although this word ater becomes associated with the soul, here it only describes the element that animates a body. This animating element is not, in early biblical tradition, separate from the body in life, nor does it possess any personality.

Similarly, ruah is the animating force from God. Most often used as “wind,” ruah may also be used to mean “breath.” “God said, ‘My breath [ruhi] will not govern man forever, since he is flesh…'” (Genesis 6:3).  Here, we see the added element of transience: The ruah ends its association with the mortal body at death.

The word nefesh is often used to mean “person” or “living being”. In the Torah, however, animals may also possess this life force–a “nefesh behemah.” The term nefesh is particularly associated with blood, as in “the life [nefesh] of the flesh is in the blood” (Leviticus 17:11).

Nefesh does reflect a personal dimension. It may be used in the sense of “self” (including “himself”). Nefesh is also associated with personal desire or attraction. One’s nefesh may cleave to someone (as in the case of Shehem’s yearning for Dinah, Jacob’s daughter), or to evil (see Proverbs 21:10). In a later example of this usage, a person of considerable appetite is called “ba’al [possessor of] nefesh” (Proverbs 23:2). In all of these usages, the nefesh is connected to the body and its material wants.

In later books of the Bible, the soul (using all three terms) is mentioned apart from the body and as more than just an animating spirit. This subtle evolution of meaning reflects the growth of the idea of what we call the soul–the unique, everlasting, intangible part of a person. In the stunning poem that serves as the centerpiece of the last chapter of Ecclesiastes, the death of a person is described as occurring when “… the dust returns to the ground where it had been and the ruah returns to the God who had given it” (12:7). While previously we saw the life-breath leaving the body at death, here we see it as a separate entity that returns to God, rather than simply disappearing.

Ancient Jews displayed an awareness of how influential non-Jewish philosophers regarded the soul. For example, the Greek Jew Philo tried to use the three words associated with spirit–neshamah, nefesh, ruah–to support Plato’s claim that the soul has three parts. The Sages of the Talmud, however, were not as keen on many of these foreign ideas. Although the Rabbis also saw human beings as composed of body and soul, they generally rejected the Greeks’ and Gnostics’ belief that the earthly body imprisons the soul.

In Midrash Leviticus Rabbah, we read that the soul is a guest in the body and that care of the body is deemed a commandment by the great sage Hillel the Elder, who cited the idea in the Creation story that God made the human in the divine image. In the medieval period, Rabbeinu Bahya points out that even bodily fluids (menstrual blood, semen, and fluid from certain skin eruptions) considered impure (tamei) are only deemed such after they have left the human body.

In the mind of the Sages, sin is not the product of an unruly body asserting itself over a pure soul; on the contrary, the body and soul are seen in a partnership of equal responsibility for actions, in this life as well as the next.

This concept is illustrated in the following Talmudic anecdote, from tractate Sanhedrin: The Emperor Antoninus tries to convince Rabbi Yehudah Hanasi that the body and soul can each excuse themselves from sin by claiming that the transgression is the fault of the other, since without its counterpart, it is lifeless. Rabbi Yehudah counters with a parable: Two guards–one blind and one lame–are in a garden. Together, they are able to steal some fruit from a high tree. When caught, each claims that he is obviously unable to commit the crime due to his disability. In the end, the orchard owner places the lame man on the back of the blind man, and they are judged as one (91b). Similarly, God judges the actions of the body and soul in partnership after returning the soul to the body at resurrection.

Where Souls Come From & Where They Go To

The Rabbis rejected another claim Plato made for the soul–that souls pre-date Creation. Many in the ancient world believed that all human souls were created before the material world, but the midrash Tanhumah tells us that all souls were made during the six days of Creation. Before the birth of each person, God calls forward the proper soul and has angels show that soul how earthly existence benefits spirit by allowing for spiritual development.

According to another midrash, sleep, like death, temporarily separates body and soul (Genesis Rabbah 14:9). Several rituals surrounding going to sleep and waking up evolved from this belief. Like birth and death, even temporary severings of the connection between body and soul require holy acts (for example, the washing of hands or recitation of particular prayers). Jews express gratitude to God every morning for renewal of both body and soul: “I offer thanks to You, living and everlasting King, for having returned to me my soul with compassion and great faithfulness” (the Modeh Ani prayer).

The path of the soul following death was not a particularly significant matter of speculation for the Sages, nor is there consensus on the matter in the Talmud and Midrash.  In Tanhumah, we read a vaguely worded passage suggesting that the body cannot live without the soul nor the soul without the body. On the other hand, many Talmudic Rabbis taught that the soul not only exists separately from the body, but also exists in a fully conscious state in an ethereal realm (Ketubbot 77b, Berakhot 18b-19a, and elsewhere).

A Tool for the Soul’s Redemption

Saadia Gaon, a product of Greco-Arabic philosophy as well as Jewish tradition, presented his own view of the soul in the sixth chapter of his work Emunot veDeot. In it, he states that a soul is created at the same moment of the body, from a more subtle, but still material, element. Although he opposed many of Plato’s views, Saadia also disagreed with many of the more abstract opinions of the Talmudic Sages. Despite this, he preserved the belief that the soul benefits from its partnership with the body. Without the body, the soul would be unable to do the holy, redemptive work of following the commandments.

Maimonides developed a complicated Aristotelian model of the soul. He described a number of faculties of the soul, all of which are related to the relationship of a person to his or her material environment, perceptions, memories, creativity, and desires. Most of these faculties of soul exist only in a living human body; with the death of the body, they too die. For Maimonides, the only eternal aspects of soul are the logical and spiritual speculations and learning of a person produced over his or her lifetime.

Treatment of the Human Body

Halacha (Jewish law) teaches us that the paramount holiness of human life extends to the human body. Mitzvot (commandments) cover mundane bodily matters such as clothing, eating, and sexual habits precisely because care of the body is also care for the soul. Healthcare is the maintenance and upkeep of the soul’s home. Torah law prohibits mutilations of the body, including tattooing (Leviticus 19:27-28, Deuteronomy 23:3). Not only medical but even hygienic treatments are often elevated to the level of commandment. Maimonides deemed it obligatory to provide proper sustenance and respectful clothing for the body.

Judaism offers an optimistic view of life, the union of body and soul. The body is a gift from God to be protected and tended. Only with our pure, holy bodies can we bring the commitments and truths of our souls into every action.

Pronounced: MIDD-rash, Origin: Hebrew, the process of interpretation by which the rabbis filled in “gaps” found in the Torah.

Pronounced: TALL-mud, Origin: Hebrew, the set of teachings and commentaries on the Torah that form the basis for Jewish law. Comprised of the Mishnah and the Gemara, it contains the opinions of thousands of rabbis from different periods in Jewish history.

Pronounced: tah-NAKH, Origin: Hebrew, Hebrew Bible (an acronym for Torah, Nevi’im and Ketuvim, or the Torah, Prophets and Writings).