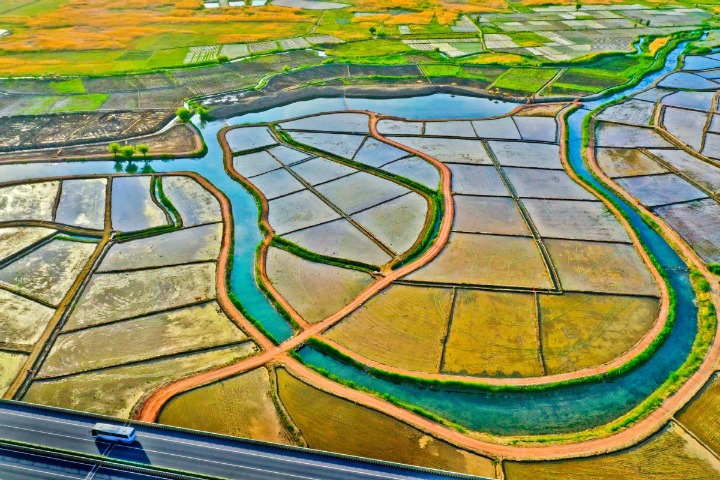 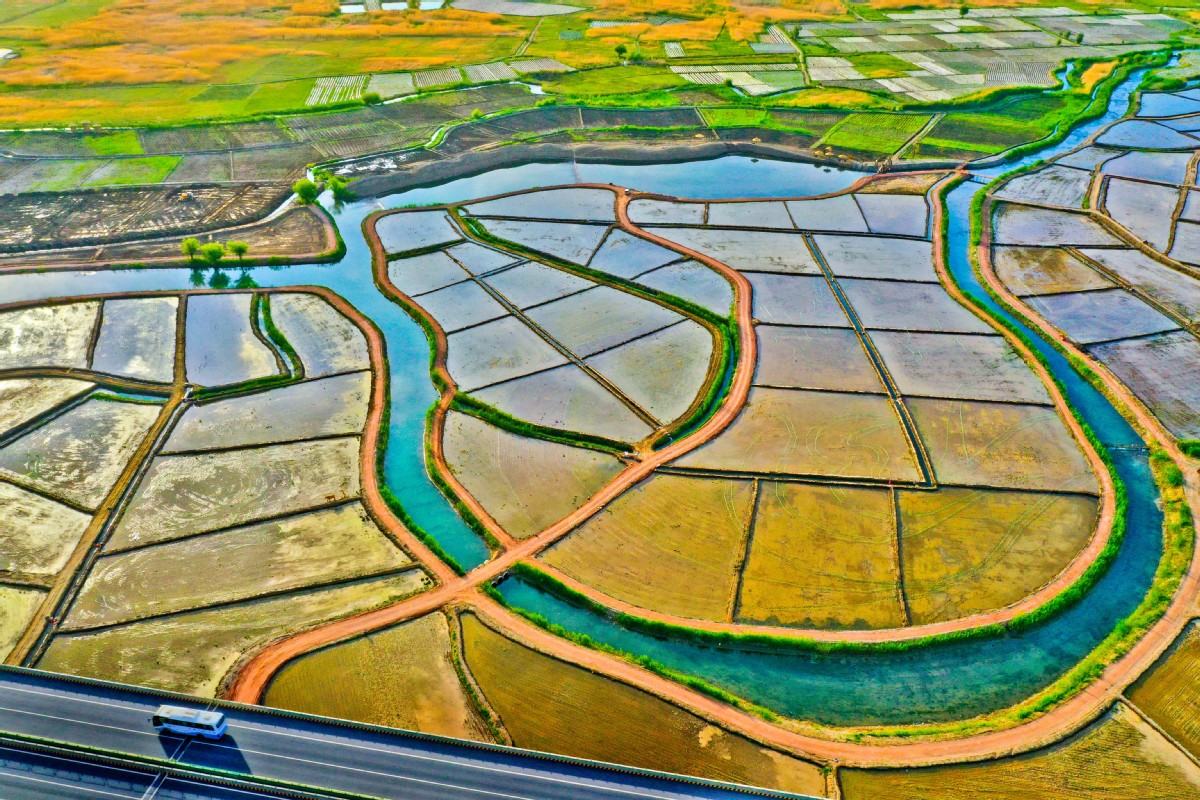 Planting of rice fields in Yuanfeng village of Zhangye city, Gansu province, was complete on Friday, with seedlings bathing in the morning sun. [Photo by Wang Jiang/chinadaily.com.cn]

The rice fields in Yuanfeng village of Wujiang town, Zhangye city, Gansu province, were just planted on Friday with seedlings bathing in the morning sun, making for beautiful pictures.

For days, farmers have been using transplanters to plant rice in more than 1.33 square kilometers of paddy fields in Wujiang Town of Zhangye, Gansu, on the banks of the Heihe, China’s second-largest inland river.

Wujiang town of Zhangye, has been planting rice since the Tang Dynasty (618-907), a planting history of 1,300 years. The "Heimang rice" was the most famous variety, as it was once presented to the imperial court as tribute.

Nowadays, the former Wujiang tribute rice has become food for the people.