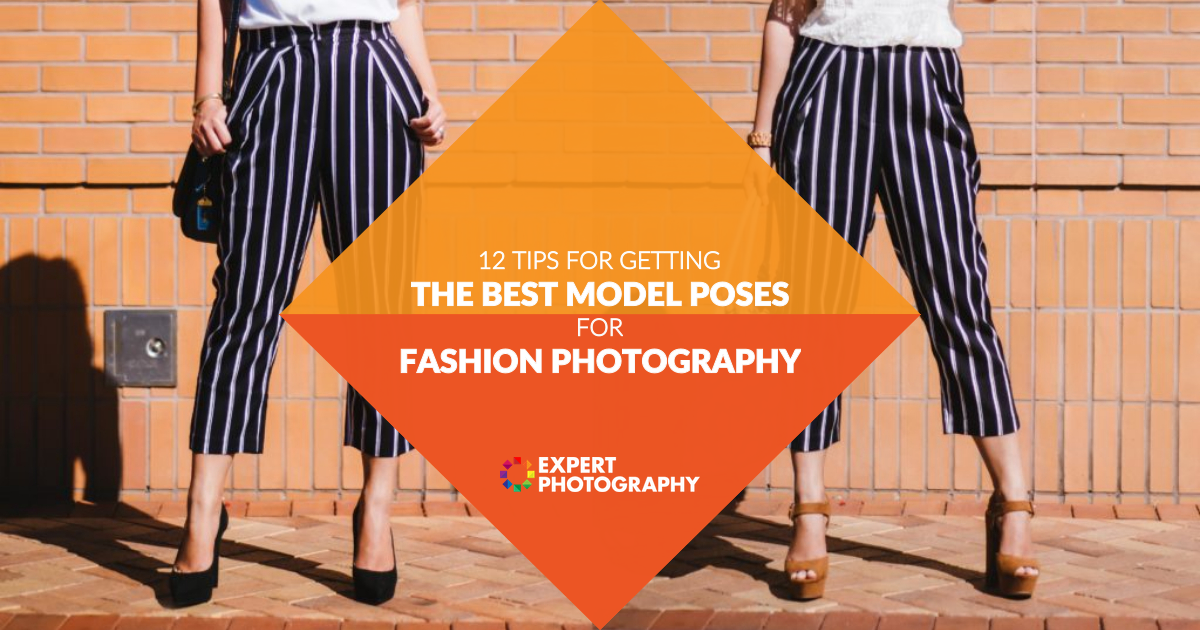 Taking photos of people is a rewarding experience. But posing them can be tough, especially if you’re still starting out.

That’s why we created these tips to help you get the perfect model poses for fashion photography. You’ll learn how to pose models in no time!

Photo by EVG photos from Pexels

While planning your photo shoot, look for a few sample model poses for fashion photos. That way you don’t have to waste time explaining to your subject what you want to do.

You’ll find the sample photos especially useful if you’re not working professional model. It would be the quickest way to show them how to pose as a model.
Even if you’re working with a professional, the images will still be beneficial for your reference.

The secret to achieving great model poses is to make your subject feel comfortable. So, how do you pose models for a photoshoot? Don’t take photos right away, especially if you don’t know the model. Take at least a few minutes to talk to them. That way, it wouldn’t feel like you’re a stranger taking photos of them.

Of course, you don’t need to make your small talk turn personal. The whole point is to make them relax around you. So by the time you take your camera out, your model won’t look like deer in the headlights because they’re nervous.

I know breaking the ice isn’t a posing tip, per se. But establishing communication is a crucial step in getting the most out of your subject.

Photo by Judeus Samson on Unsplash

It’s never a good idea to rush a subject who doesn’t have a lot of experience. Even when they show great potential, you should give them time to warm up. Forget about your shot list during the first minutes of the shoot. Instead, take simple portrait poses first.

Your initial set of images may look boring, but take your time and let your model get used to being around a camera. Once they relax, that’s when you can start showing them the fashion model poses you want to achieve.

Make them feel confident as you direct them, even if they don’t get it right the first time. Be patient, and you’ll get the results you want.

Photo by Wesley Tingey on Unsplash

9. Take Casual Photos of Your Model Walking, Sitting or Standing

You don’t have to try complicated model poses if you’re working with an inexperienced subject. If you do, you might end up with awkward photos you can’t use.

It would be best if you let your subject stick with simple poses especially if they’re nervous. Let them act like they usually do when they’re not in front of a camera. But since we all know it’s difficult to do in reality, just keep your device with you and capture candid moments as well.

Try photographing them while they’re sitting, standing or walking around during a break. Who knows, you might just end up with photos that look better than the staged images.

This method wouldn’t work if you want to photograph an editorial or a high fashion pose since they require a lot of skill. But in most situations, keeping everything casual does the job well. Especially when your model still needs to work on their form.

Photo by Alex Iby on Unsplash

8. Give Your Model a Role to Play

Sometimes, simple directions aren’t enough to help your subject understand you. When that happens, you can ask them to play a role, instead.
When they’re in character, it will be easier for them to envision what you have in mind.

For instance, you can ask them to be a princess in distress or even an action movie heroine. It’s okay if they turn out to be bad actors.
Sometimes, having them move around feels more natural than asking them to stay still and pose.

Photo by Jacob Nizierski on Unsplash

7. How to Pose for a Natural Look

Body form is a crucial element when it comes to modelling poses. So pay attention to how your model is standing. To project confidence, they have to keep their body straight. If they slouch all the time, they will end up looking awkward no matter what position their arms and legs assume.

It helps if you ask your model to angle their body toward the camera. Doing so adds dimension to your subject’s form and makes them look sophisticated.

If they look too stiff, ask them to lean on the back foot. Doing so would naturally put them in a more relaxed position.

6. Angle the Limbs for a More Appealing Pose

Most models who are starting out often don’t know what to do with their arms and legs. If you want to get the best results for your photos, ask them to bend their limbs. They don’t have to flex them all the way; just enough until you see triangles between those hips and legs.

For full-body poses, ask your model to bend one of their knees slightly while standing. As for the arms, you can have them put their hands somewhere around their waist as a starting point. If their hands are in the air, have at least one of their elbows arch a bit.

People are naturally attracted to triangles. So to make your subjects look attractive, incorporate this shape into their form. Furthermore, it gives their poses balance and prevents them from looking rigid. 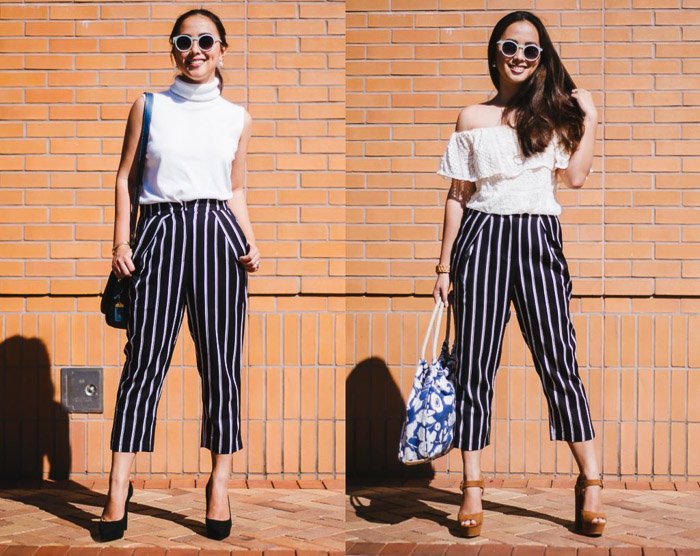 Once you start shooting portraits and fashion photos, you’ll hear about the ¾ pose a lot. It involves positioning your model 45 degrees from the camera, so only ¾ of their body is visible.

What makes the ¾ pose appealing is that it adds depth and dimension to your subject. So if your photo looks a bit flat, have your subject angle their body a bit to make it more interesting. You can try this technique for half or full body photos.

Photo by Úrsula Madariaga from Pexels

Now that you know what to do with your subject’s limbs, it’s time to focus on the fingers. They may seem inconsequential, but they can make or break a model’s pose. So pay attention to them all the time while taking photos.

No matter what your model does, tell them to avoid making a tight fist with their hands. Instead, ask them to curl their fingers. Of course, they don’t have to crimp them intentionally. Keeping their hands open in their natural position will do the trick.

You can also have them tuck their thumbs inside their side pockets. Doing so makes their poses look more natural and elegant. 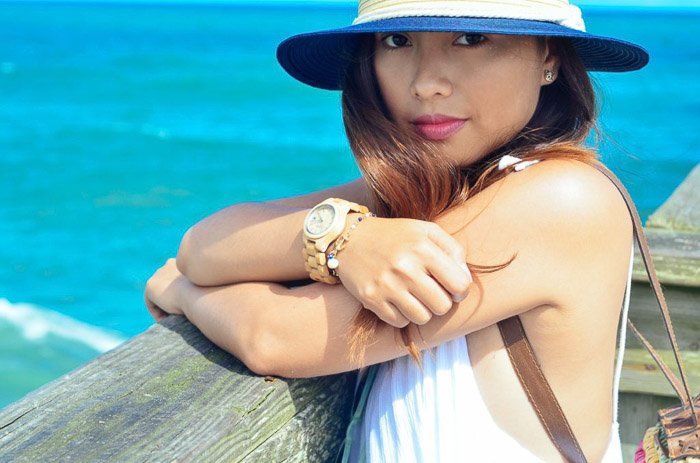 Your model’s chin is essential when it comes to face poses. To emphasise the natural curves of their face and neck, make sure they always keep their chin up.

Your subject doesn’t have to extend their neck when posing. All they have to do is raise their chin up a little to make it work.

This technique works no matter which direction the head is facing. So don’t hesitate to remind them in case they forget when changing position.

Photo by Eben Odonkor from Pexels

2. Where Should Your Model Be Looking?

Now let’s talk about the eyes and where they should be looking at while posing. There are times when staring into the camera can produce beautiful results. But in most cases, it creates awkward images instead.

To avoid gawky stares, have your subject to look at a specific object behind the camera. Doing so will make their eyes look more alive as opposed to staring blankly into the void.

If you want them to look contemplative, ask them to choose a point of interest far away. For a more intimate result, tell them to gaze at something closer.

Photos often don’t look appealing when the whites of people’s eyeballs show too much. Discourage them from staring out of the corner of their eye. Instead, have their eyes follow where their nose is pointing. That way, you see more of their irises.

Photo by Lucas Queiroz from Pexels

Model poses don’t have to be static. You can always add some action by photographing your models while they’re moving. This will make your photos more dynamic, and it also makes your subjects appear less posey.

Jumping model poses are among the most exciting poses you can try. Ask them to leap and press your shutter midair. It might take a few tries to nail the shot, but it will definitely be rewarding once you get it right. Before they do their stunt, remind them to keep a calm face as they spring up into the air. Believe it or not, not grimacing while exerting effort can be challenging. So expect to waste a few more shots for this one as well before you could nail a good one.

If jump shots look too “energetic” for your liking, photograph natural movement poses instead. Ask your subject to cross the street, spin, dance around, or flip their hair. These movements achieve the same effect without looking too outrageous.

Photo by Jeys Tubianosa from Pexels

For the most part, models are responsible for coming up with fashion poses. But in the end, recognising which poses are effective falls on the photographer. Train your eyes on what poses work best and what doesn’t.

Apart from taking photos all the time, read magazines and visit websites on a regular basis. Familiarise yourself with different poses and remember them.
Establishing a solid visual foundation when it comes to the best model poses will help you direct your subject better.

Once you have the perfect fashion photography shot, try out our Preset Collection for the best result!