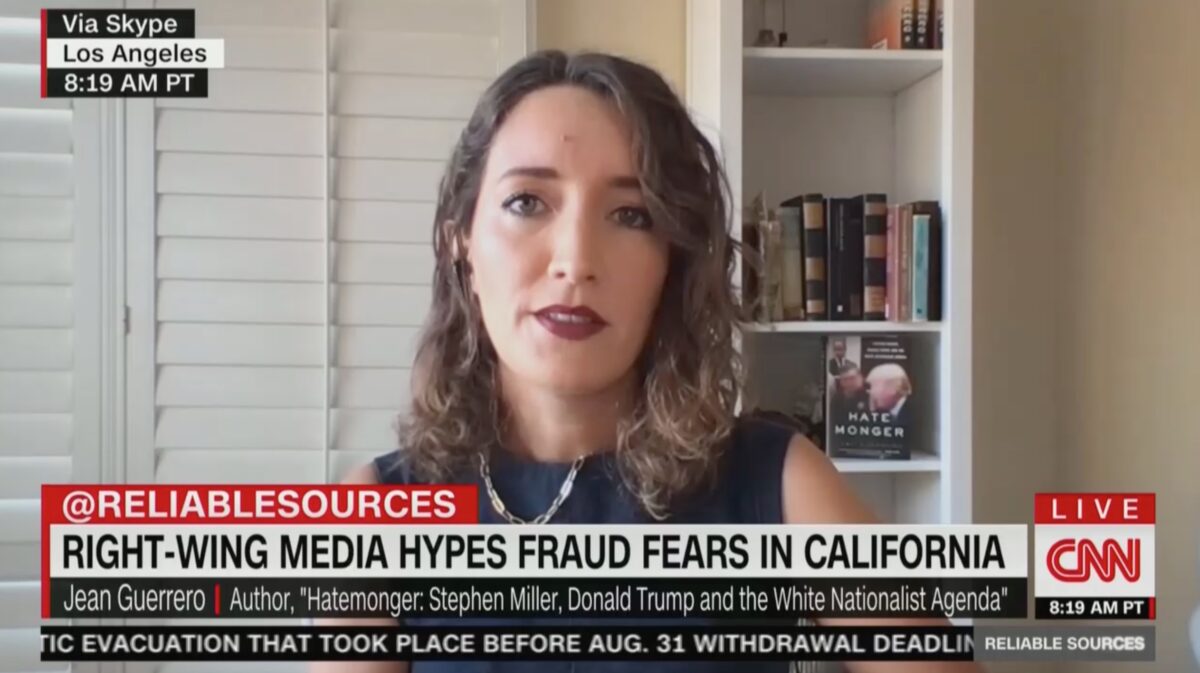 Guerrero appeared on CNN’s Reliable Sources Sunday to talk with Brian Stelter about how Elder and others are preemptively delegitimizing the election by suggesting it will be tainted by fraud. As Guerrero spoke about Elder’s performative politics and his attempts to sustain his campaign via right-wing media, she spoke about how “he has been able to reach the minority of voters in California who embrace his white supremacist worldview.”

He’s co-opted this line by my fellow columnist from the headline calling him the Black face of white supremacy. But he refuses to engage with the actual substance of our reporting, the idea that his views were shaped by a well-known white supremacist named Jared Taylor who he repeatedly quoted in earlier writings, that he plans to reverse all of the state’s progress on immigrant rights and racial justice, and that he poses a very real threat to communities of color for all of the reasons that we’ve reported in the past.

During the segment, neither Guerrero nor Stelter made any mention of last week’s incident where Elder was holding a political event when a woman wearing a gorilla mask attacked his campaign staff and tried to throw an egg at him. Elder responded to the incident by saying that if he were a Democrat, the assault would’ve drawn a lot more media coverage and condemned as an example of “systemic racism.”

Watch above, via CNN.

Have a tip we should know? tips@mediaite.com