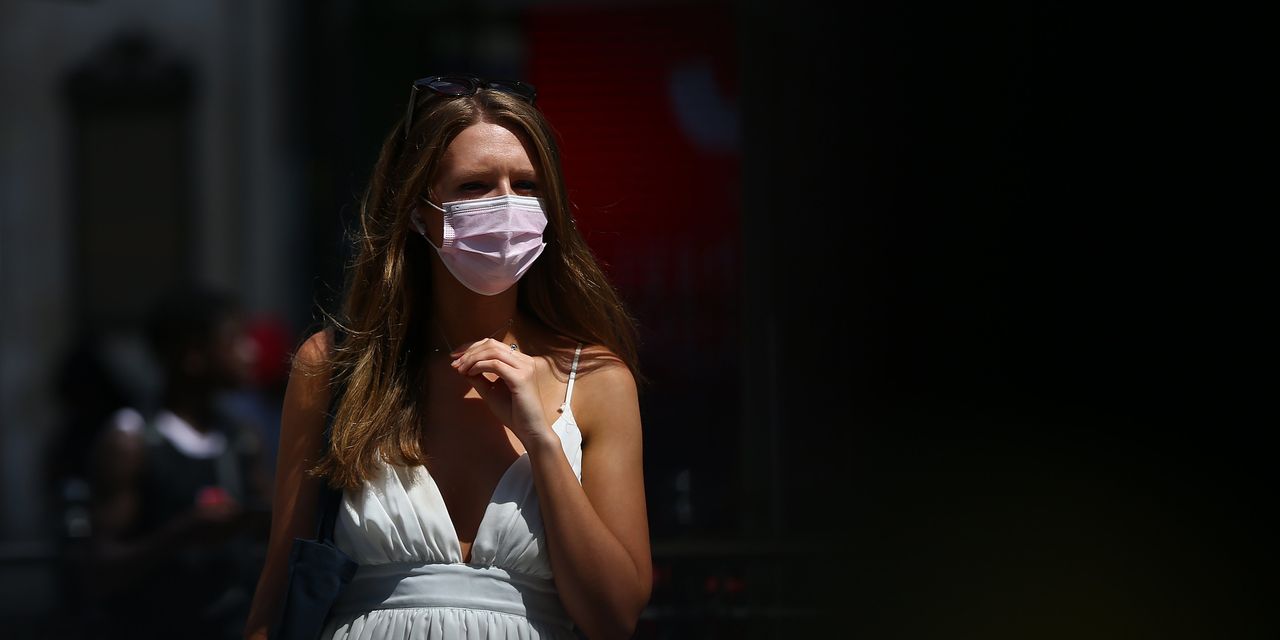 Even as the economy charged ahead and inflation soared, the Federal Reserve and a band of savvy Wall Street investors have been acting this summer as if the recovery was still very frail. A chief reason it appears? The mutating coronavirus.

The Fed has stuck doggedly to its ambitious easy-money strategy despite major improvement in the economy while investors actually piled into bonds and drove down interest rates. That’s the opposite of what usually would have taken place had the recovery been viewed as rock solid.

“Wave three of COVID-19 is appearing in a number of countries, the U.S. among them,” Northern Trust chief economist Carl Tannenbaum told clients over the weekend. ” With vaccination programs incomplete, public officials around the world may have to consider renewed restrictions.  The pandemic, and its impact on the global economy, is still very much with us.”

The U.S., to be sure, is in a better spot than most countries. About 60% of American adults are fully vaccinated and millions more who’ve already contracted the virus also have antibodies.

So far the evidence suggests people with antibodies are unlikely to suffer a serious illness if they catch the Delta variant.

Still, cases are rising in the U.S. The number of people testing positive has almost tripled to 30,000 a day from just a month earlier, based on a seven-day rolling average. The caseload had fallen to a pandemic low just over 10,000 a day in June.

The vast majority of people contracting the virus are unvaccinated, statistics show. Be that as it may, many states might consider new restrictions if the stream of new cases turns into another flood. That’s what happened last winter in a punishing blow the U.S. economy.

Take Los Angeles Country. Officials have already reinstituted an indoor mask mandate for vaccinated and unvaccinated alike amid a fresh surge in cases.

Yet even if most Covid-weary local and state governments don’t follow suit, the U.S. economy could suffer if the delta variant continues to proliferate globally. Governments in other countries with much lower vaccination rates could stiffen restrictions and major strains on the global economy could get worse.

The U.S. would bear some of that burden. Consider the soaring cost of the living.

The price of many goods and services are rising in no small part because companies can’t get enough supplies to meet all the demand. Many of these supplies — computer chips are a notable example — are made in other countries and the U.S. cannot do without them.

If these frazzled global supply lines are stretched any further, high inflation is likely to persist well into next year and act as a further drag on the U.S. economy. The cost of living has jumped 5.4% in the last 12 months to mark the fastest increase in 13 years.

Fed Chairman Jerome Powell acknowledged last week inflation has risen more than he expected, but he also said the economy hasn’t made enough “progress” to prod the central bank to unwind its stimulus strategy. And he’s repeatedly warned about the risk to the economy from new strains of the virus even before delta became so widespread.

The minutes of the last Fed meeting in June underscore the central bank’s anxiety. The Fed’s research staff fretted about “thepossibility of the spread of more contagious, more vaccine-resistant Covid-19 variants.”

“The very last thing Powell wants to do is announce plans to tighten monetary policy just as the economy is in danger of suffering another major wave of infections and selected shutdowns,” said chief global economist Bernard Baumohl of The Economic Outlook Group.